As every year, we're still working on the full schedule, which will be ready a couple of weeks before the event. The GGJ will take place on the third weekend of January, from approximately 16:30 on Friday the 20th, to 19:00 on Sunday the 22nd.

For people working on Friday:
It's totally fine if you come a bit later than the official starting time. The only problem would be group forming: the later you come, the most probable that you will need to join a team that's already formed. But don't worry, we'll help you get into a group!

First day of the event: theme reveal, group forming, and then jamming starts!

Jammers hard at work on the game concept

The final day: games are handed in, and prizes are awarded! 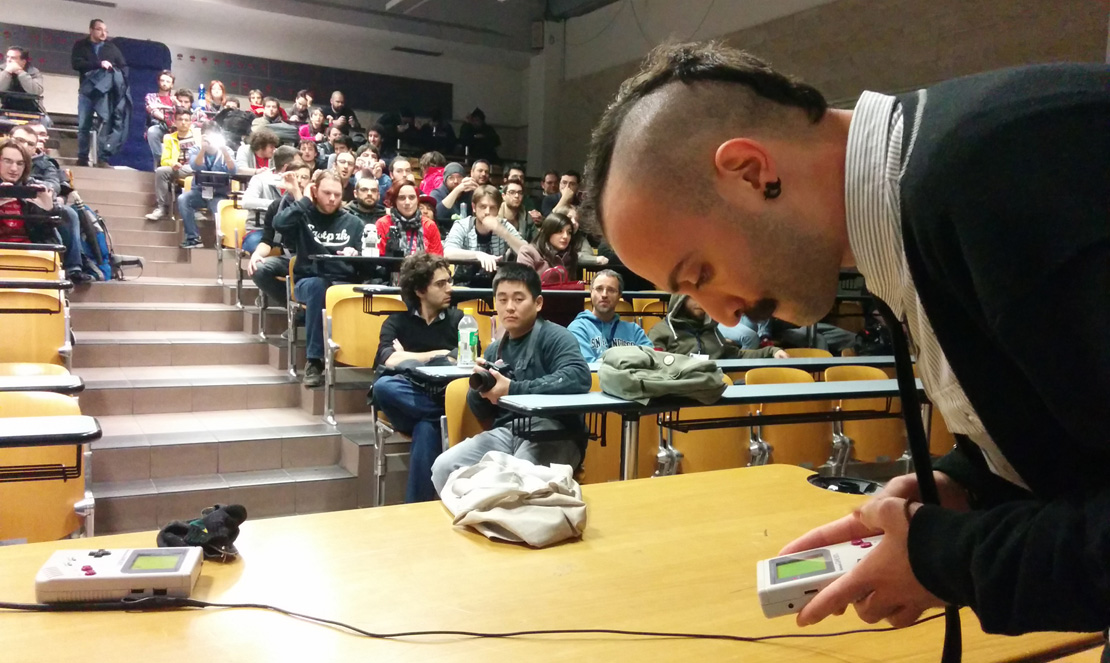 Chiptune artist Federico "werto" Castronuovo, performing an impromptu act on his GameBoy after GGJ 2014 in Rome